Only The Broken Remain - Out 12 November! 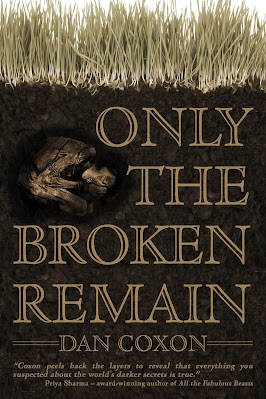 It's a bit too late for a cover reveal (that was done online a couple of weeks ago), but I'm thrilled to say that my debut short story collection, Only The Broken Remain, will be published by Black Shuck Books on 12 November. There's already word of some advance copies out in the wild, so be sure to place your pre-order here and grab a copy (as well as supporting an excellent indie horror press).

Tim Major, author of Snakeskins and Hope Island, has said that “Dan Coxon’s subtle, delightfully dark tales creep up on you from the shadows, then refuse to let you go. I devoured these stories about crises of identity and reality being undermined after glimpsing something inexplicable from the corner of your eye.”

Meanwhile, Arthur C. Clarke Award shortlistee, and author of The Beauty and The Loosening Skin, Aliya Whiteley says: “Coxon writes stories filled with surreal, precise menace. Only the Broken Remain gripped me throughout.”

What hasn't been announced so far is the lineup of stories. So without further ado, here are the stories published in this volume:

Stanislav in Foxtown
Roll Up, Roll Up
Only the Broken Remain
Feather and Twine
Miriam is Not at Her Desk
Baddavine
Far From Home
Foreign Land
Ones and Zeros
No One’s Child
Rut
After the Reservoir
Static Ritual (with Dan Carpenter)
All the Letters in His Van

Of these, 'Roll Up, Roll Up', 'Miriam is Not at her Desk' and 'Static Ritual' (a collaboration with Dan Carpenter) are new and unpublished, while the rest have previously appeared in Black Static, Nightscript, Not One of Us, Nox Pareidolia and elsewhere.

I'll be doing a short blog tour starting on 12 November, so keep an eye out for that. In the meantime, though, if you've read this far then you might as well buy a copy - right?

Buy Only The Broken Remain from Black Shuck Books 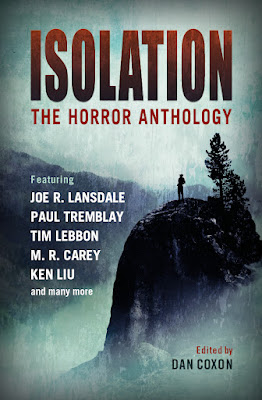 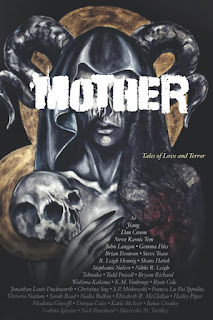 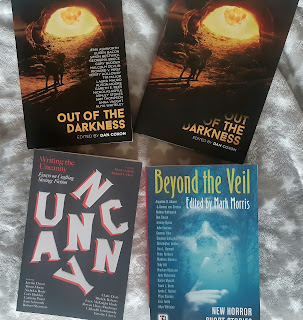