Showing posts from August, 2012
Show All

Footnotes to a Rock Story 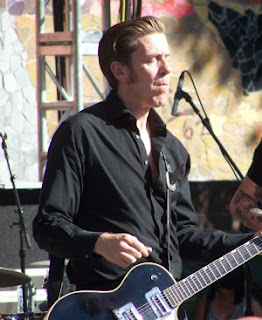 Some stories creep slowly into your subconscious. Others arrive there fully formed. In the case of 'A Rock Story', however - published this week on The Fiction Shelf - it took a lot more sweat and toil to get there. The initial spark was nothing special, just a vague idea that I should use my experiences as a music journalist to provide the background for a piece of fiction. It's a world that few people get to see, and one that has a certain glamor attached to it - a glamor that often couldn't be further from the truth. I'd recently read Tom Rachman's The Imperfectionists too, and the idea of a journalistic tale appealed. Quite where I was going with it was slightly less clear. It will be immediately apparent to anyone who has ever written a work of fiction that my first draft was a disaster. Aimless, plotless, characterless - the only thing it had going for it was that it at least vaguely resembled my experience of the rock world. It was also very, ve
Post a Comment
Read more
More posts