Showing posts from May, 2020
Show All

Spring is here... and so is Green Fingers! 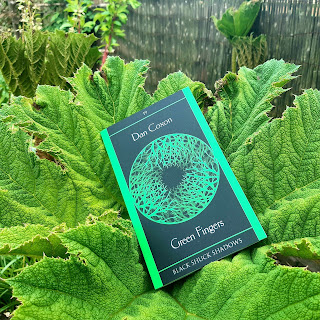 I'm thrilled to say that my mini-collection of short stories, Green Fingers , has just been published by the mighty Black Shuck Books. It's part of their Shadows series - no. 19, to be precise - and collects six of my stories of horticultural horror: four previously published and two originals. Like all of their Shadows series, it's only £4.99 for the paperback, and a fine way of sampling new authors. I've been interested in gardening for a while now, as well as wandering the common near our house and researching ancient trees - and this book is the culmination of all those threads. The stories span seven years and include everything from killer fungi to sentient trees, as well as a couple of stories that approach the theme from a more obtuse angle. I think it's fair to say that it's weird and unsettling rather than stomach-churning horror, so hopefully there's something in there for everyone. Unless you hate plants, of course. (Although it might just gi
Post a Comment
Read more
More posts