Showing posts from 2019
Show All 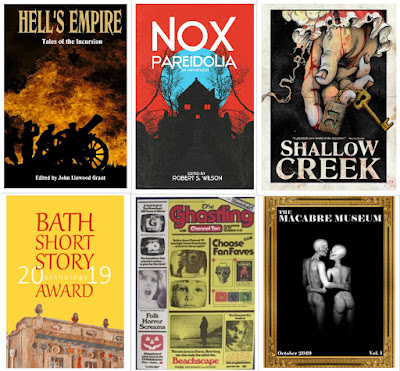 For a year when I was supposed to be taking things easy - at least on the fiction-writing front - I've had a surprising number of published stories. Obviously there's still a month to go until the end of the year, but so far in 2019 I've had a total of seven new stories published - making it one of my most prolific years to date. Of course, it helped that this Halloween offered a bumper crop, with three stories appearing in the week of All Hallows Eve alone. That's one of the perks of writing horror fiction, I guess. Interestingly, the first two publications of the year were under my pen name, Ian Steadman.. The name was then retired, and I hit a bit of a fallow period - clearly I was in mourning. Some of the stories that came out in the second half of the year could easily have been Ian stories too, had he still been with us. If you're curious as to why I retired the pen name (or why I used it at all), you can read about it here . My short story publications
Post a Comment
Read more 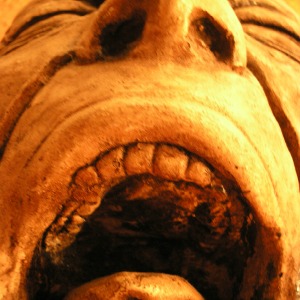 Hello. My name's Dan Coxon, and for the last two years I've been writing under a pen name. Mind you, many of you already know that. The Ian Steadman nom de plume hasn't exactly been a secret. I've talked with numerous people about it, posted Steadman stories on Facebook and Twitter, even read 'as' Ian Steadman at FantasyCon (and elsewhere). For a while I even considered printing an 'I am the Real Ian Steadman' T-shirt. So why bother? At its core, it was about separating what I perceived as two separate strands of my work. I've been writing 'literary' short fiction for a while, with several credits in well regarded magazines and anthologies; I also copy-edit literary novels (and local history, and biographies, and a host of other topics) for a number of publishers. On the flip side, I write weird horror fiction and uncanny ghost stories, some of which may feature gratuitous people-eating. It made sense, at least at the time, to keep the
Post a Comment
Read more 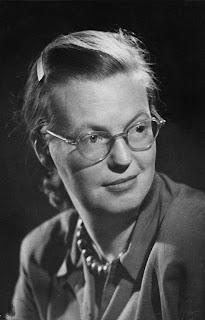 I'm just going to come right out and say it: I'm absolutely thrilled that my anthology This Dreaming Isle been shortlisted for this year's Shirley Jackson Awards . (I considered phrasing this as some kind of humble brag, but for once my natural British modesty is taking the night off.) It's easy to shrug off awards nominations as little more than a lottery (bonus points for anyone who gets the Shirley Jackson reference there), but for those of us on the receiving end of nominations they mean more than that. For most of us, we spend hours... days... months slaving away on a project, often with little or no feedback, following little more than a trail of breadcrumbs through our own imagination. More often than not, that trail leads us to dead-ends and disappointments - so when it doesn't, it feels like a miracle. Some people read my book. They enjoyed it. I'm going to celebrate that. Of course, this isn't just my book. More than almost any other writin
Post a Comment
Read more
More posts