Showing posts from September, 2015
Show All

Your Fathers Need You... 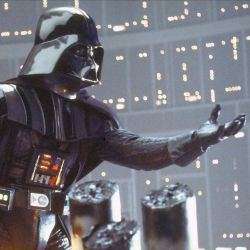 If you've spoken to me at all in the last six months, you'll know that I've been bursting major bloodvessels in pursuit of Being Dad , an anthology of fatherhood-themed fiction which I'm editing. It started as a tiny droplet of an idea a couple of years ago, and it has now grown to overshadow most of my waking hours - and half the night too. Never mind that I've had an actual child in the interim. Every spare minute is being spent on this project. Which basically means that I don't want it to fail. And that's where you come in. We're crowdfunding the book right now, and I really, really need people to pre-order a copy, and maybe nab themselves a fancy reward or two. If you don't understand what crowdfunding is (and let's face it, who does?) then it's surprisingly simple. You can visit our page at Kickstarter , read a bit about the book, see what we have planned. Then you can pre-order the book (for a mere £10 inc. P&P), or even pled
Post a Comment
Read more
More posts