Showing posts from March, 2018
Show All

Independence Daze: Indie Publishing and the Importance of Awards 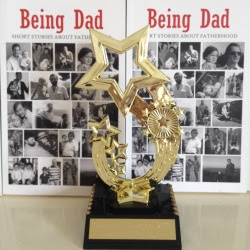 If you're part of the right circles on social media, you'll have noticed an increased buzz recently around the Saboteur Awards, and the Republic of Consciousness. Both seek - in very different ways - to recognise and reward independent publishers, magazines, writers and artists, the heroes who are working outside of the mainstream, and sometimes out of sight. There are those who will try to convince you that this is largely an exercise in self-congratulation, a small circle of people smugly patting each other on the back. They are wrong. Independent publishing has shown (yet again) in recent years that it's vital to the continuation of the literary novel, and short stories. Will Self may be sounding the death knell of the novel for the third or fourth time, but you only have to take a glance at the catalogue of Galley Beggar , say, or And Other Stories , so see that it's alive and well - it just isn't living in Random Penguin Towers. The novel isn't ill,
Post a Comment
Read more
More posts