Showing posts from September, 2014
Show All

A Summer of Festivals 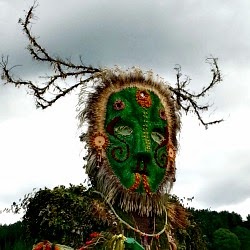 This blog has been silent for a few months. It's not due to my laziness (okay, not completely...), or to the lack of things to write about it. Instead, it's due to the fact that I've been out in the field for much of the summer. In two fields, to be precise. In July, Litro presented three live events as part of the Latitude Festival in Suffolk, and I was on-site for most of the festival, taking care of authors, making contacts, and generally pestering people around the Press Tent (especially those interns they placed by the fridge to guard the Happy Hour drinks). The festival as a whole was a slightly chaotic - and very damp - smorgasbord of music, arts and entertainment, featuring the likes of Damon Albarn, The Black Keys, The War on Drugs, First Aid Kit and Temples. There was more than enough to keep anyone entertained. As long as you managed to dodge the marauding hordes of teenagers intent on - well - moping about mostly. As for Litro's events, we present
Post a Comment
Read more
More posts