Showing posts from October, 2012
Show All

Seattle Prepares for a Litquake 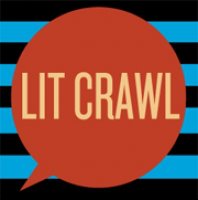 If there's one thing I like more than a good book, it's a beer. Okay, sometimes the beer wins... but it's hard to finish five or six books in a single night. Either way, the Litquake event that's coming to Seattle's Northwestern shores next Thursday, October 18th, should satisfy both cravings (it's also part of this year's Heineken City Arts Fest... see, I told you there'd be beer). If you've been to one of the Lit Crawls in San Francisco or New York you'll already know just how satisfying they can be. If you're a book lover, it's a chance to see some of your favorite authors - and make some new discoveries - in person, all on the one night. If you're a beer lover... well, you can drink yourself silly while you're at it. The idea is simple, so rather than overcomplicate it with my own words, I'll leave it to the official Lit Crawl site: The first-ever Lit Crawl Seattle, to be held on October 18, is a co-production of
Post a Comment
Read more
More posts