Showing posts from May, 2013
Show All

Back From The Dead: Interviews with Dan Rhodes and Scarlett Thomas 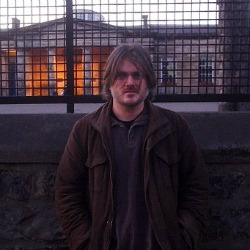 If you've ever published online content, you'll know that one of the great things about it is that it sticks around... potentially forever. Sometimes you don't want those photos from a party in 2002 resurfacing, but for Internet writers everywhere it's reassuring to know that their work has a longer shelf life than your average mid-list novel. All that hard work hasn't gone to waste. Except, of course, when the unthinkable happens. While the Internet may seem to be an ethereal, magical place, surviving on dreams and desire, in reality it resides in servers. Physical, mechanical servers. That often go wrong. Last year that's exactly what happened to respected underground literary magazine 3:AM . Overnight they appeared to lose 12 years of archived material , including original fiction, reviews, essays - and my interviews with Dan Rhodes and Scarlett Thomas. The interviews were old enough that my backups had long since been lost, so it appeared that they ha
Post a Comment
Read more 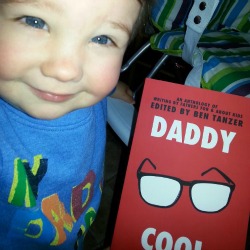 Becoming a father has meant some big changes to my career, and my daily work schedule. No more leisurely mornings playing Mass Effect on the Xbox with a bag of kettle corn and a pot of strong coffee; no more seeking inspiration in movie marathons and back-to-back TV shows; no more indulgent writing sessions that last half a day as the words pour onto the page. These days I'm lucky if I can squeeze in two straight hours at the laptop. While the wee man sleeps I have to somehow discover the most productive hours of my day - or watch that tiny sliver of free time disappear without a word being written. At the same time, however, fatherhood has brought a new perspective on life, and a new professionalism that asks - no, demands - that I learn to stop wasting time and knuckle down to do the hard graft (and the hard drafts) whenever and wherever I can. I've learned to write on the iPad a few sentences at a time, to jot down every inkling of an idea before it disappears foreve
Post a Comment
Read more
More posts